If you’re planning to plump for a slice of Norway in this year’s festive season then enjoy the fact your local Christmas tree is “threadbare”, a Norwegian ambassador has said. Helle Thorning-Schmidt told the… 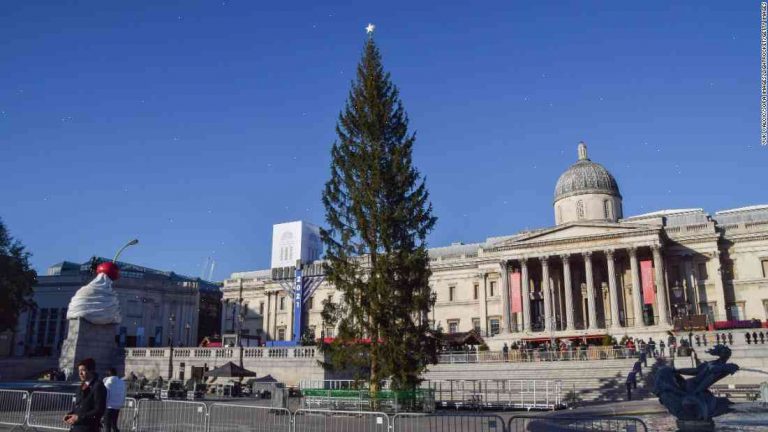 If you’re planning to plump for a slice of Norway in this year’s festive season then enjoy the fact your local Christmas tree is “threadbare”, a Norwegian ambassador has said.

Helle Thorning-Schmidt told the Independent and Independent on Sunday that this year’s patriotic Christmas tree that was presented to the British people was “threadbare”, and “has been ruffled a bit”, adding: “And it will be ruffled again next year.”

The Norwegian capital, Oslo, is not known for its trees but many Britons took to social media to compare the fresh-cut tree with the ones that adorn many UK houses.

Fran Walton (@francalloyd) Maybe the real Oslo’s tree is regally adorned, like this one in #London.

Maybe it’s the crappy one of #StRutherford’s Estate.

Probably the crappy one in #Beeston… pic.twitter.com/P6pfpEINXp

David Downie (@electrictsnews) Just looked at the tree in the Scotsman garden. Looks like some one got at least 5 butts when they cut it down. #EasterIsGone pic.twitter.com/vStb3sHUfl

The Brexit situation came up when a Scotsman, speaking to a member of the Norwegian delegation, told him: “I don’t know. Norway’s Christmas tree is probably built like one. They had to build some consistency. How can you have that with our peculiar Brexit situations?”

Gillian Harrison (@GillianHarrison) Like I say, no complaints there, the tree doesn’t look very good, but I’m honestly surprised they are giving Norway the little wattle ‘n’ dip. @GuardianBritain pic.twitter.com/97R5WE6VDx

Nonetheless, not all the trees in front of Britons went unremarked.

Chances are, whoever brought up the issue of Christmas trees and Brexit will be disappointed. Her Majesty the Queen will keep on delivering the same brilliant message.

• This article was amended on 20 July 2019. An earlier version said the wattle and dip referring to a Christmas tree in Norway consisted of artificial fibres which were then used to fashion the real Christmas tree which resembles a wattle. This has been corrected to “fibres”.