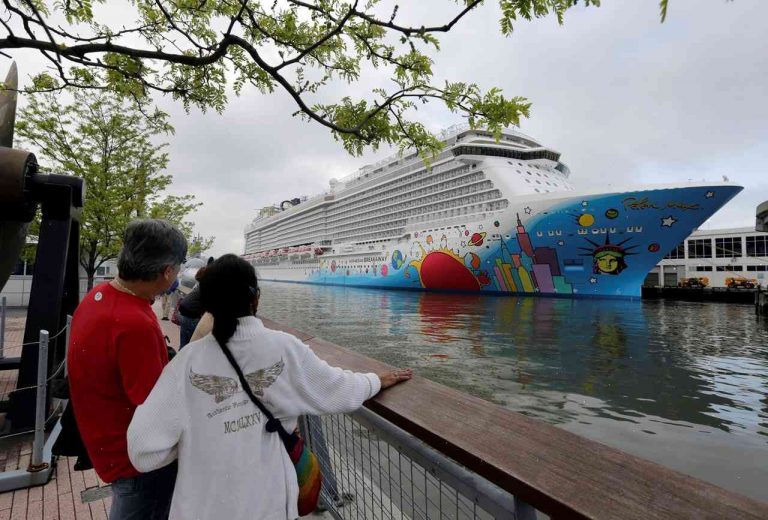 This article is over 6 months old

A cruise ship with a handful of people infected with norovirus on board arrived on Wednesday at the Port of New Orleans, the second such incident to have disrupted a cruise itinerary since August.

The Carnival Conquest, which departed from Galveston, Texas, late on Monday, carrying about 1,895 passengers and 696 crew, made a stop in Galveston before arriving in New Orleans.

Carnival said it was carrying out “full cleaning and disinfection” and had the crew wearing protective gear to prevent further transmission of the infectious virus, which causes vomiting and diarrhea.

Mold in the bath and a missing flashlight: life on the ship Costa Concordia Read more

The Centers for Disease Control and Prevention (CDC) reported three cases of cyclosporiasis on board the ship, which was carrying passengers from seven different countries and territories.

The CDC said there were no signs of illness on a cruise line employee who developed symptoms a few days after she returned to Port Canaveral, Florida, but added that she did not travel on any other ships.

Carnival officials did not return phone calls on Wednesday.

Health officials in three countries that passengers and crew of the Conquest visited have now reported the presence of a norovirus on board, according to the CDC.

The person with the illness on the Conquest was ill over the weekend and officials with CDC said they suspect other passengers may also have been infected.

US health officials said they were meeting on Tuesday to discuss how to handle the outbreak.

Carnival said last month that it had cancelled a Carnival Dream cruise after a person onboard tested positive for the gastrointestinal illness. The outbreak on the Dream left about 1,300 passengers with the illness, Carnival said.

The Ocean Medallion, a ship operated by Costa Crociere, also became the subject of a norovirus outbreak in August, with 86 passengers and crew members getting sick.

An official on Wednesday confirmed the ship had arrived in Mexico but said no passengers were reported ill.