When I lived in Toronto, I was struck by how many types of people had no idea how to pronounce my first name. “Shawn”, for instance, was often pronounced by a foreign-born person as… 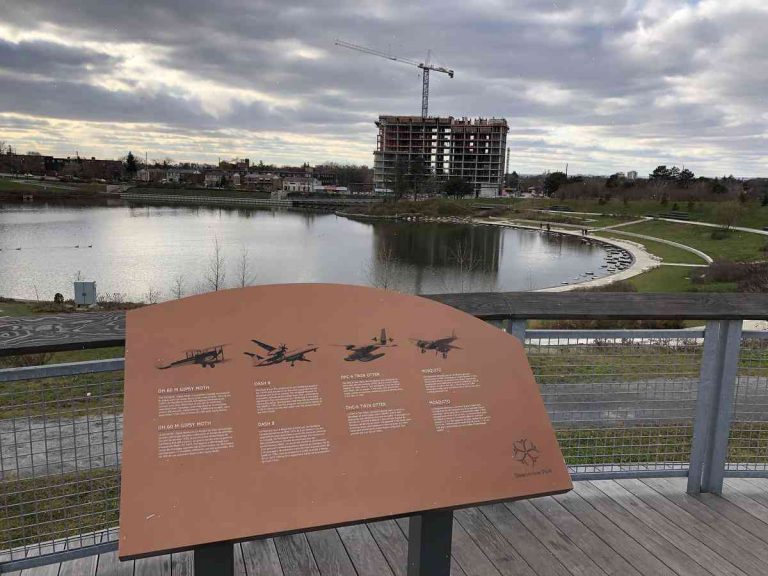 When I lived in Toronto, I was struck by how many types of people had no idea how to pronounce my first name. “Shawn”, for instance, was often pronounced by a foreign-born person as “Shawn-ay-ay.”

That’s not because I became immensely popular and therefore couldn’t come up with another nickname. It’s because the name is rooted in Australia, and the second syllable of my accent is generally pronounced the same way as the first. And so when I got married, a member of the public would come up to me, giggle uproariously, and say, “Oh, you don’t pronounce that name!”

The nation needs Downsview Park to become a vibrant, walkable urban centre that actually helps draw residents to the city. It can be as surprising as the Hayes Pub, or as functional as Wonderland Stadium.

It should be named for the people.

I can’t tell you how many people come up to me over the years and say “you know, if Shawn Micallef became a mayor,” I’d assume they had heard him play around in the pub and had the time of their lives. They wouldn’t have known I was in the business of writing for some of the most popular online radio shows in the world. They’d just know he was fun, and funny, and could have a pint and a chat. And I’m not the only one who comes up to me and says “I wish Shawn Micallef was mayor of Toronto.”

It has been said that politicians “don’t show their real selves” unless they lose an election. And of course, as a lifelong Conservative, I was elected into politics. Many new politicians come into politics promising to clean up Toronto.

There are a whole host of really great parties you can go to in Toronto. Some require a qualification or admission fee. Some even involve food.

New People’s Square. In the winter of 1918, you could play ball inside our lawn hockey and hockey rinks. You had to be a young person like myself, 19 or 20 at the time, to play in our clubhouse. The best thing I did in the neighbourhood was take an inflatable hockey puck and hit on the street where my friends hung out, and me and the party-crashers ended up fighting with each other.

Sadie Peel Park. I can still remember the first time I went to that park. We were playing lacrosse on the very big, wooden, grass turf surface that a farmer’s son built to benefit his family. Without the large stumps down the middle, you could almost see the players and the announcers with the broken lines.

Toryporth Park. The reason the original York River boathouse was built there was to give a way for canoeists to get across the river to the island, and get back to civilization. You could sightsee in the Algonquin Park or drive to the Farmers’ Market.

Great Danes Farm. The park that extends off Queen Street North is where we used to work on the bridge. I think it was when the old oak trees were beginning to die. We’d walk around the parking lot and talk to old parents who’d been there as a child. We had a coffee and some custard and watched the pond. It was a real big park with picturesque park benches, and a lot of water, and pucks at all sorts of places. It was always nice to see the old farm, and because I’ve lived in Detroit, I know about the history of old farm.

Avenue Park. This is no longer a real park. Its revival has brought many new apartments, and left some old structures that will never be brought up to modern standards. I’m sure there were a lot of re-building going on at Avenue Park right around this time. It’s up for renewal at last.

Bannockburn Park. The end of cottage country in Toronto. We were in the Harbourfront Centre, in my office one day. It was just before Christmas, so we were all hunkered down in our offices preparing for the new year and hoping that it was going to be one of those, where all of a sudden everything falls into place and we’re all rocking in the box room for the first time in years. We were all kind of feeling pretty melancholy about the last few years of the city.