Image copyright Getty Images Image caption High winds in Beaver Creek meant a shortened downhill race had to be cancelled The men’s downhill was called off for the second time in three days, this… 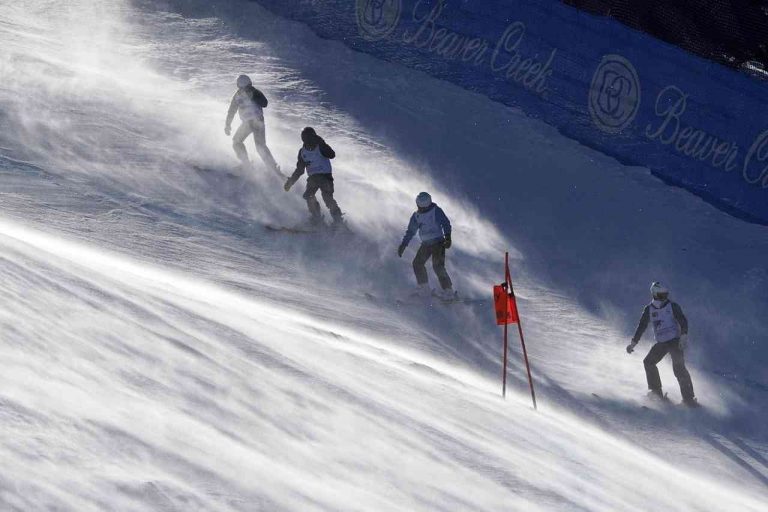 The men’s downhill was called off for the second time in three days, this time because of a high wind warning.

The run from the top of the Birds of Prey course was shortened, forcing the suspension of racing ahead of the Saturday slalom.

In Colorado, the warm temperatures have created wet snow that is slow to melt.

On Wednesday, the women’s super-G race was abandoned for safety reasons.

Reflecting on the last two days in Colorado, the Association of International Skiing (AIS) chief race director Daniel Bonevac said: “The only positive is the state of the snow.”

Friday’s downhill from the top of the Birds of Prey course was considered one of the races of the season so far.

American Nathan Groulx said: “It was actually not a bad day to race when the sun was shining. There was a lot of light around.”

The race was scaled back because conditions on the course, an aerodynamic bowl of space-age carving pistes, are deteriorating and have been combined with gusty winds.

American Ted Ligety, the three-time overall World Cup champion, failed to finish his run because of a hip injury sustained in Wednesday’s super-G.

The defending downhill champion, Ligety, is rated as 50-50 to compete in Sunday’s downhill, though his status is in doubt.

Skiing will resume on Friday from 08:00 GMT at Beaver Creek, while Super-G is the third event of the World Cup season.