‘It was a shock to hear [Brian Kent] had died by suicide.’

Filmmaker David Wistar learned almost everything he knows about working on a set at retail giant Walmart, including how to make a simple employee speech sound as bad as possible, and how if you… 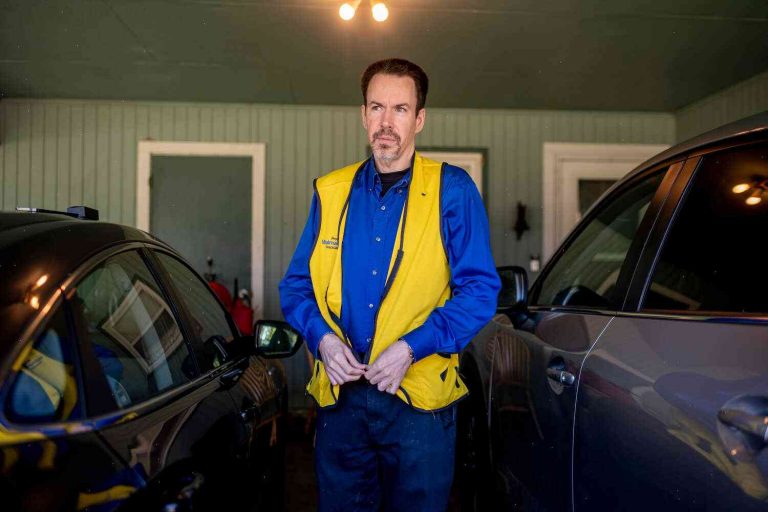 Filmmaker David Wistar learned almost everything he knows about working on a set at retail giant Walmart, including how to make a simple employee speech sound as bad as possible, and how if you have a great work ethic, dreams, and the guts to stay the course, you can even become a boss or a star.

But he wasn’t prepared for Walmart’s culture to actually kill him.

“I got through my entire day, and every day was scary,” he recalls of his first days there, which took place in Los Angeles, California, in 1997. “Maybe the first two days, I was scared of everything.”

The result of that decision is the movie Waiting for Bill, an intense and affecting account of Wistar’s almost four years at Walmart and his struggle to keep his sanity in the face of harassment, threats and depression from coworkers.

One anecdote involves Brian Kent, Wistar’s co-director, who was pushed into the trash chute after he exposed his symptoms of PTSD and was “cautiously” let go. Wistar was very close to Kent and was shocked to hear from him later that he’d died by suicide the next year.

Instead of recalling specific threats, Wistar generally describes his emotions when a co-worker kills himself.

“I’m fine until they die,” he says. “I get angry and feel better. I’m miserable… I have this fear every day of when someone’s going to kill themselves in front of me.”

But the crew’s decision to focus on Kent’s words instead of his actions is another part of the movie’s way of highlighting the toxic nature of Walmart’s workforce. Kent is always shown talking or writing about his feelings, saying how he felt isolated and judged and undervalued by his co-workers and superior in addition to being pressured to take on physical and mental injuries.

The movie takes you on a journey through Wistar’s world. By the end, he wants to say “goodbye” to his co-workers, but can’t do it because they’re still there.

The real reasons why Wistar survived his year at Walmart are more complex than what we see in Waiting for Bill, even though they relate directly to his feelings.

Wistar only suffered from a few break-ins in the first four months of his work at Walmart and didn’t feel at threat for a long time. “Then I ended up feeling threatened by coworkers,” he remembers. “That was something about [Walmart] that I had to learn to look out for.”

What’s remarkable, when he talks about getting scared of his coworkers, is that he and the Walmart employees he interacted with didn’t actually speak Spanish. The lines between English- and Spanish-speaking workers were blurred enough that both Wistar and his new friends learned how to speak in Spanish by rote. They began to joke about what would happen if a manager confronted them in Spanish.

“We wouldn’t speak that language,” says Wistar, “but that’s what we call a flashpoint. We’re talking about a guy that’s a CEO with the press here. We’re not going to fight like a couple of serfs.”

Later, Wistar started to protect himself by bringing multiple weapons to the set and packing guns for the day’s shoot. “What I did [using firearms] was small, but the reality was the shit would just hit the fan.”

Then Wistar came to the realization that if he was the owner of a drug ring or financial crime business, the people he was dealing with would likely be just as bad as what he witnessed at Walmart.

“That’s why it was so terrifying every day and why I knew that if anything bad would happen to me or to the crew, I’d be able to protect them,” he says. “I’d feel so responsible.”

‘I’ve learned the real stories behind her,’ Colton Underwood says after his ‘coming out’