NASA successfully launched spacecraft into orbit around an asteroid, then hit it to figure out if it was safe

NASA successfully launched a spacecraft into orbit around a small asteroid on Thursday, then intentionally collided with the space rock to figure out whether it had the right geophysical properties to lay the groundwork… 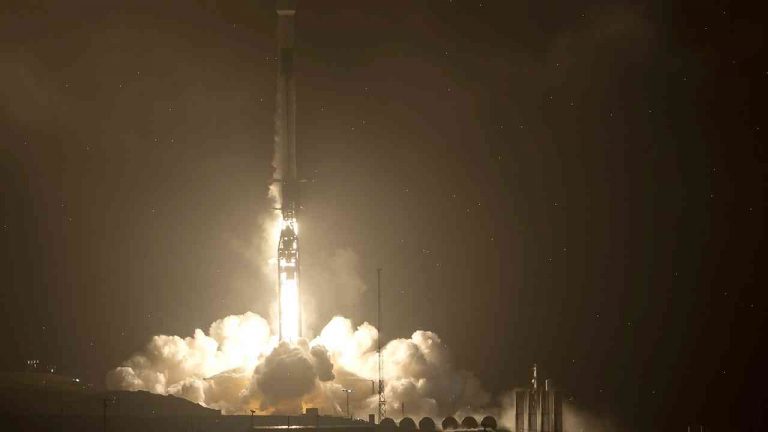 NASA successfully launched a spacecraft into orbit around a small asteroid on Thursday, then intentionally collided with the space rock to figure out whether it had the right geophysical properties to lay the groundwork for a future mission to send astronauts to the surface of an asteroid.

The Deep Space Network radio antenna at Goldstone, Calif., was used to receive data from the flight and to listen for any unusual radio signals the spacecraft might emit when it was plunging into the asteroid Bennu.

Before the accident, scientists had anticipated “signals that were actually a little bit too bright,” Paul Chodas, manager of NASA’s Center for Near-Earth Object Studies, said in a news conference. A few seconds later, “the data came back through, and there’s no significant radio signal.”

Bennu, a celestial object about half the size of a football field, is probably 5 miles wide. The spacecraft was about to make its touchdown, and the radio operation stopped.

Still under development, the 20-ton OSIRIS-REx spacecraft is equipped with an “asteroid sample return system” that will allow it to identify the composition of Bennu’s surface. The scientists want to test the asteroid’s gravity field for signs of that composition and for signs of water.

OSIRIS-REx will fly as close as 35,000 miles from the surface of Bennu in September. Its scientific instruments will, for several weeks, take samples from inside the asteroid and send them back to Earth.

“We’re going to return some of this material to Earth, and we want to recover as much as we can as a way to say to the rest of the world that they can do their own asteroid mining,” Chodas said.

Despite the space agency’s current focus on bringing astronauts to the surface of Mars by the 2030s, there are other prospects.

NASA has considered going to an asteroid or a comet to test and improve technologies needed for returning humans to Earth. And in the next decade or so, it wants to spend roughly $1 billion for further research on building a spacecraft to bring a sample from that asteroid or a comet back to Earth.

A 2013 study by the National Research Council concluded that sending humans to a small space rock could dramatically accelerate the pace of development in space transportation and exploration, and that a space-mining industry could emerge to support those activities.

Scientists will begin placing the spacecraft in orbit around Bennu in September; the spacecraft is scheduled to come close to the asteroid in October, then fire an 820-pound engine to enter Earth’s orbit, a maneuver that scientists call an asteroid impact burn.