TORONTO — Fears about a U.S.-China trade war and a stronger dollar weighed on financial stocks and stock markets worldwide Friday, sending the S&P/TSX composite index to its lowest point of the year. At… 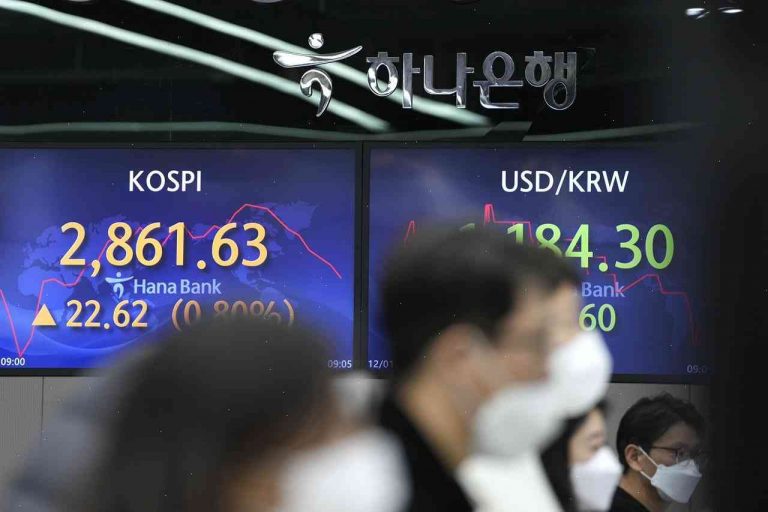 TORONTO — Fears about a U.S.-China trade war and a stronger dollar weighed on financial stocks and stock markets worldwide Friday, sending the S&P/TSX composite index to its lowest point of the year.

Canada’s main index has fallen for the third-straight week.

On Wall Street, tech stocks took a tumble as Facebook and Apple shares headed into bear market territory while another sharp decline for Amazon and tech stocks sparked concerns about a broader decline in the technology sector.

“There’s anxiety for about two reasons — it was weaker earnings that the techs have been reporting and a big pullback in the market for techs. And that really concerned us in terms of fear of a tech slowdown,” said Greg Taylor, portfolio manager with Richardson GMP.

A tech sector slump comes despite a positive outlook from chipmaker Nvidia this week, which was later followed by an optimistic outlook from Intel.

M&A also contributed to the drop in tech sector stocks, Taylor said. Facebook’s decline resulted from fears about tightening regulations while Apple got hit after the company’s buyback plan dropped under pressure from investors.

“We’re in a period right now where it’s been challenging to find a catalyst for the market for a while,” he said.

Investors have been weighing potential consequences from the U.S.-China trade dispute, including some concerns that European and Asian economies are slowing.

Prices for the commodities known as safe-havens — gold, oil and copper — also declined this week as the U.S. dollar strengthened on global trade concerns and markets became more nervous about the slowing global economy.

On the Canadian markets, energy stocks retreated due to the lower price of oil while metals also continued to drop.