Tori Spelling says she plans to replace breast implants after 20 years: 'I need a lift' By Nell Mackenzie and Kris Jenner We’ve all been there! Sucks to be Tori Spelling. The former reality… 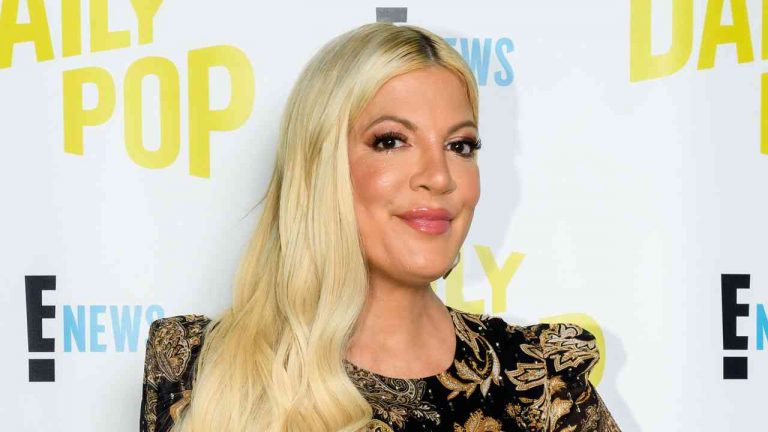 Tori Spelling says she plans to replace breast implants after 20 years: 'I need a lift' By Nell Mackenzie and Kris Jenner

We’ve all been there! Sucks to be Tori Spelling. The former reality star has admitted to having spent 20 years in a steady state of low self-esteem after “embarrassing” her own mother, Kris Jenner, by having breast implants.

Spelling, 40, who portrayed TV mum on the show Beverly Hills 90210, admits that she is now spending big bucks in a plastic surgery clinic in Atlanta to have her implants removed and replaced.

“I need a lift,” she tells Us Weekly. “I don’t want to scare my kids into thinking they’ll have breast implants. I am embarrassed at how I treated my mom. I got so caught up in my own personal drama and how my show was doing. I used to make it hard for my mom to leave the house.”

‘WE WERE SO RIPPED’: Mrs Kris Jenner and the Beckhams

This comes after Spelling and husband Dean McDermott announced that they are expecting their fifth child.

“We always knew we wanted more kids,” says Spelling. “But now that we’re having more babies we have all these children we can bring home. It’s awesome. It feels like my body isn’t ageing, it’s actually getting better. And my boobs are bigger! That’s just adding to my boy-girl combination.”

Spelling told the magazine she is planning to have one more boob job, and is also hoping to get her veneers fixed to look like those belonging to Kardashian konfigher Kris Jenner.

While Spelling no doubt regrets her new-found body confidence, Kris, 54, happily shows off her impressive curvy silhouette with her own famous pals.

In an interview with E! News earlier this year, Kris revealed that she and her daughters don’t experience much pressure to stay thin.

“I think that they can relate to that. They’re more concerned with themselves and their health and happiness. So we don’t die.”