High-stakes test to stop polio in its tracks

Image copyright PA Image caption Two-thirds of all children in Denmark get the Polio vaccine every year. Picture: Danish National Immunisation Register The story begins in 1988, when David Bentley was a director of… 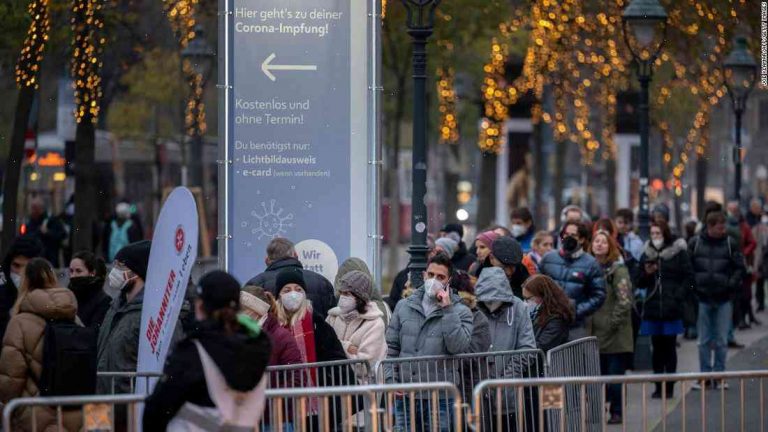 The story begins in 1988, when David Bentley was a director of the UK polio vaccine manufacturer EHI.

We were developing a vaccine against polio that combined two parts of the virus. As we developed this vaccine, in a dose of serendipity it came to us that some environmental changes in Somalia had boosted the polio virus to such an extent that we had never known before.

We knew it was possible for the new vaccine to kill any polio virus in the body, but the process was counter-intuitive and extra manufacturing was required to overcome this.

A small but rapidly growing concern among scientists was that it might be dangerous for someone carrying polio to receive the vaccine.

It was thought that the virus might spontaneously mutate and cause severe illness or death.

I was aware of such concerns, but I also knew there was a real probability that eradicating polio in the UK was possible. I wanted to know why.

My search led me to a meeting of British government advisers on public health at the start of the Eighties.

“This is terrible,” said one. “It’s just one of those absurdities that prevents us doing anything.”

I was probably in the minority on the committee, but I agreed with the decision not to be hasty about the vaccine.

The 2010 political emphasis on vaccines had also re-invigorated the debate about what should be done to tackle infectious diseases which had been decimated in the decades before.

Tackling polio was not as difficult as we had previously been led to believe.

The method by which polio was eradicated from Europe and parts of the Middle East was simply more effective than developing any other solution.

Related: Afghanistan drops out of list of polio endemic countries

The vaccine needs to be injected every two months into the skin of the upper arm. It can be given by an injection into a vein at the elbow joint.

The dose needs to be injected by mouth, as were those administered in the Sixties and early Seventies.

It is only when the cell segments from the infected virus move in the region where the vaccination is given, that it becomes infectious.

The current PCV18 strain enters through water and then the donor cells that come into contact with the donor cells during the immune response will appear to be infected, causing polio.

But as this last stage of the viral infection is not suitable for oral therapy, it cannot be given in the bloodstream.

In fact, in some regions two-thirds of all children get the polio vaccine every year.

Polio is especially cruel because the hospitalisation has no expected effect on the life-long disability it causes.

Those who succumb almost invariably die within hours.

Polio is so common that an estimated 350,000 people die every year from it.

Polio is not the only infectious disease that can be prevented if adequate systems are in place.

The Danish National Immunisation Register has been running since 1958 and it now says more than half of all children born in Denmark are vaccinated against whooping cough and diphtheria.

British children were vaccinated against Polio in October 1988.

For us as a UK vaccine manufacturer, it was a feeling of vindication and proud achievement.

For others, as world health experts, it was confirmation that the gaps in public health infrastructure often do not have to be closed simply by funding.