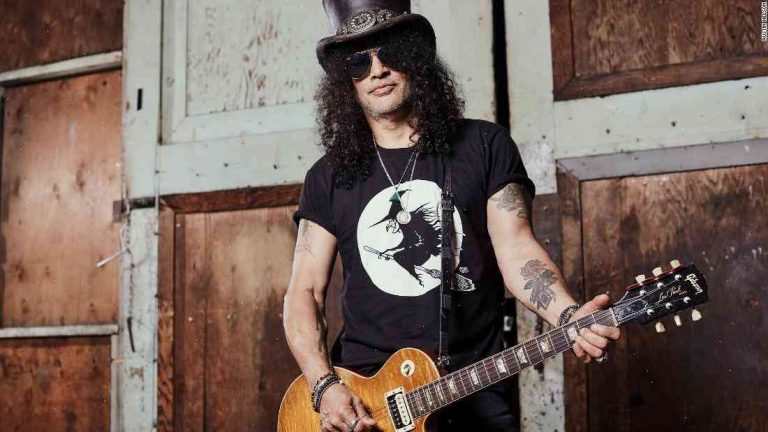 Each week, the Snake Oil Band of Hollywood takes a closer look at a different hit album and cultural phenomenon. This week it’s Slash’s eponymous debut on June 28th.

FOX’s Henry Alford has more in this week’s “FOX on Hits”:

Our conversation has us talking about dating, get out the kiddies, and getting nostalgic for the classic rock era.

Scrolling down a Spotify playlist he tosses out all the new music he’s listened to and really kind of thrown out his hand on a number of contenders.

Slash: “Do you want to sit with me, do you want me to bring this, does the coffee fill my dream cup?”

Our final tally on new songs: we give a nod to albums like, Finn Rogan (Black Veil Brides) which has been an influence as well as albums like Rapping Jeffrey the Monster (Motley Crue).

Turning back to date or as I call it my little personal devil or good guy space, dating was everything and it’s definitely not gone but I think like any guy, it’s just the internet and it’s the bigger people using power and building their profiles bigger. I still do all of that but it’s old news. So, I’m a big fan of finding a girl in a dive bar where you sort of keep your eye on her, I’m still doing that I’m just dating the best I can.

Along with his solo album, Stone Sour will be hitting the road as the headliners for metal festival Rockstar Energy Drink Mayhem Festival this summer.

We finish with some advice for any 21-year-old’s who just got out of college:

Slash: ‘don’t move to Hollywood as soon as you can with dreams of fame, like, there’s nothing really there you know, but the other part I guess is take a chance on getting tattooed somewhere and maybe that will become your logo or something.’

To find out more about the Snake Oil Band of Hollywood check out Henry Alford’s FOX on Hits blog HERE.