Marcel Hirscher edged Kjetil Jansrud of Norway 1.05 to 1.08 to win his second super-G victory of the World Cup season on Tuesday at Lake Louise, Alberta. Hirscher also took the same event in… 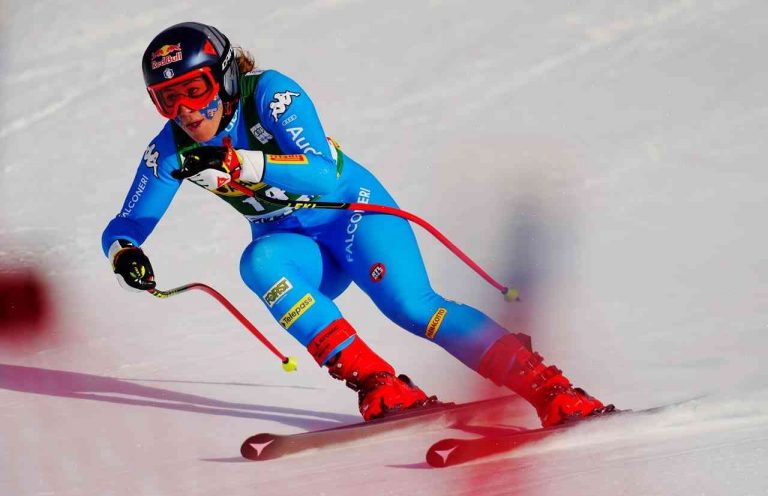 Anna Gasser of Austria won the women’s super-G for the third consecutive season, edging Lara Gut of Switzerland in a race that was won in a combined time of 1 minute, 46.25 seconds. Vania King of the United States finished eighth and Daria Mäkinen of Finland was ninth.

Tuesday’s victory gave Gasser the only woman’s victory of the World Cup season so far, but it was Mikaela Shiffrin who held the biggest lead with five races remaining after winning the super-G race in Sweden on Dec. 8.

Behind Shiffrin is Sweden’s Frida Hansdotter, who is a distant second in the overall World Cup standings.

In his super-G win, Hirscher, who also won the super-G in Beaver Creek on Oct. 13, took his record-setting 56th World Cup victory. With four downhills remaining, including Tuesday’s and the giant slalom at Beaver Creek on Dec. 30, Hirscher will likely surpass the record of 62 wins held by Ingemar Stenmark of Sweden, the greatest in the history of the sport.

Shiffrin was booed by the crowd when she came to the finish line following her race in Beaver Creek. She said the pressure had gotten to her.

Shiffrin did not win on the World Cup circuit in 2018, but she did finish the season with six World Cup races victories, one behind American great Bode Miller, who had four wins in 1998-1999.

Get the rest of this story from The New York Times.

Business Insider had its first staff meeting at McDonald’s

Kodi Smit-McPhee on working with Nicole Kidman, punk rock and more in The Power of the Dog