Kodi Smit-McPhee on working with Nicole Kidman, punk rock and more in The Power of the Dog

Yes, there’s nothing terribly sexy about playing a young punk rocker in this summer’s hot indie flick The Power of the Dog — but that’s not the only reason why Kodi Smit-McPhee (who was… 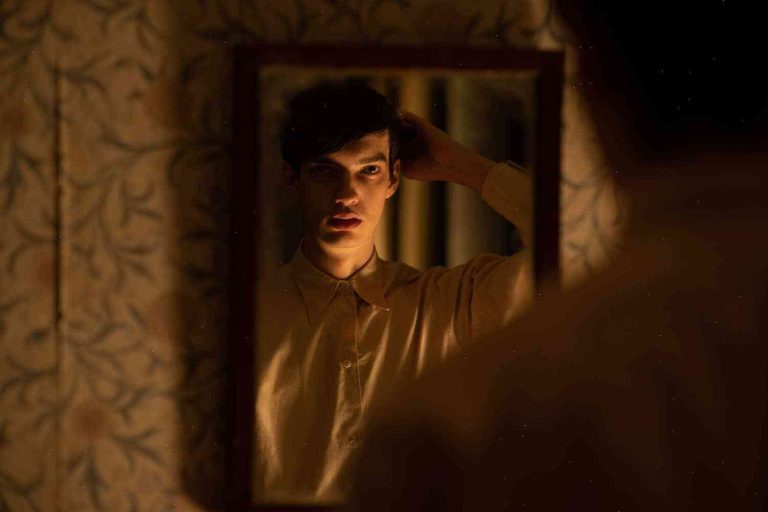 Yes, there’s nothing terribly sexy about playing a young punk rocker in this summer’s hot indie flick The Power of the Dog — but that’s not the only reason why Kodi Smit-McPhee (who was known for movies like X-Men: Days of Future Past and The Maze Runner before being typecast as the go-to broody young movie bad boy) was excited about the role.

“[Director] Francis [Ford Coppola] said, ‘Kodi Smit-McPhee, do you want to be a punk rocker?’ Because that’s the part I was dying to do. I love punk rock — I’m in punk rock bands. We have an eight-piece band right now called Lark, which is a tribute to Minor Threat.” The 25-year-old actor, who studied at California’s famed Stella Adler Acting School before he made his feature film debut in Maze Runner: The Scorch Trials, said he definitely was inspired by the subversive outlook of punk rockers like Ramones and the Stooges. “Ramones were punk rock, but they were rock, punk and dirty. And punk rock changes, and it gets smarter.”

And his character in the film, Ignacio, certainly has a long-winded name. Smit-McPhee wasn’t worried, however. “The name is very descriptive,” he said. “He’s very unique. He’s from the land. So he really enjoys the wild nature of that life. You know how vampires are, they don’t think they are capable of hurting people — it’s scary for him, but he gets incredibly adept at it. So for me, I try to embody characters who are very much comfortable in their own skin and happy with who they are.”

At the heart of The Power of the Dog, set to debut on May 17, is Ignacio’s relationship with his two dogs, which becomes more complicated than ever as he tries to navigate the harsh realities of violence and inner conflict in the wake of his dad’s death. “These dogs play a huge part in his life,” he said. “They are the key element in just a whole different world for him. In this particular world, you see how extreme the relationship between his dog and himself can get.” The drama also stars Eiza González and Nicole Kidman.

In the second part of our Q&A, Smit-McPhee talked about why he keeps returning to this particular world of grunge. “I’m not a punk musician myself, but [I like] this idea of the conflict between what you put out into the world and what the public thinks,” he said. “And this film explores that directly. Ignacio is a changed man, but that world still matters to him, and his dog means everything to him. It’s part of his identity, his history, his coping mechanism.”

Smit-McPhee also shared insights on all the intense stress associated with being in this movie. “It’s a constant battle, and I got wrapped up in it. It’s really good pressure, and it’s good for your mind. I’m a total control freak in my everyday life, and I find that kind of a force,” he said. “It’s really good for my brain to go into this kind of state and get immersed in these situations that have meaning and can have effects on your actions. You’re not just acting. The pressure that I’m putting on myself is real. So it’s interesting working with directors that hold you to those things, because it actually feels good.”

But you’ll have to catch The Power of the Dog to hear about that. Smit-McPhee, Kidman and González will take over Facebook Live for a one-on-one interview every Thursday throughout May.

Eclipse is so last week, and allergy season is upon us