Photo On the Ford Model A sales floor, there are all sorts of displays that were concocted to sell an outdated automobile. There are ones that were installed to celebrate the Model T’s 75th… 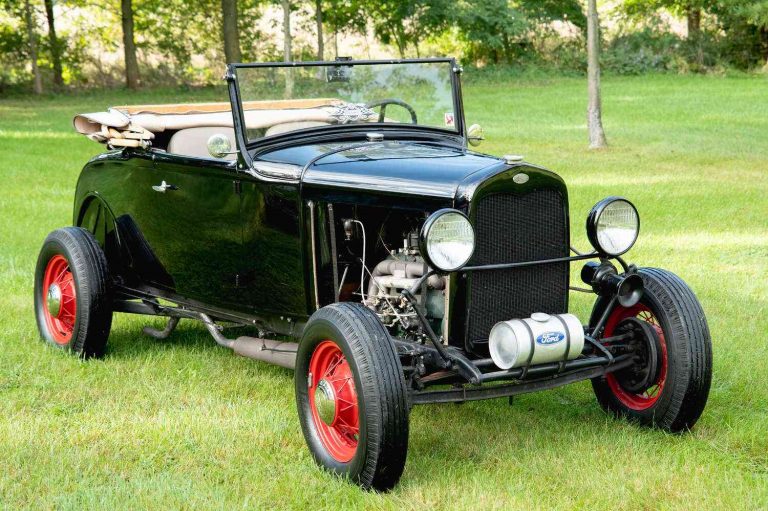 On the Ford Model A sales floor, there are all sorts of displays that were concocted to sell an outdated automobile. There are ones that were installed to celebrate the Model T’s 75th anniversary.

The one next to it is most wistful. It has long since been replaced by a newer model, and a few of the cars inside the display were given new pink covers for their windows. But this model — which is still alive and even driving around on the Internet — is one of the only examples that looks like it was ready to roll out of the factory and into the final stretch of its run.

When Ford’s president, Walter Warschawski, saw this 1955 car, it was one of 11 that had been converted to a hot rod to take part in the company’s annual Cookey’s Fast Lutz Competition. (Fast lutz is a racing term for lightweight cars that can handle large jumps.) When they pulled up for the first two of four runnings of the event, the Model A had a turbo boost that was pumping out nearly 8,000 horsepower.

Just before the event, though, the Model A’s driver, known as Clark W, encountered some problems with the starter in his sidecar. This was not unusual: Most hot rods never spent long days or nights in the garage being groomed; they could be whirling around on the street within seconds of a starter light turning on. When a starter still wouldn’t fire, Mr. W returned to his van, removed his engine and put it back into the Model A.

There was no use. The Model A had already been taken out of service.

In the 1950s, people believed that lighter cars could go farther. Indeed, these were vehicles intended for competition, not long-distance travel.

But when Mr. W was able to get the Model A roaring back to life, he — as well as Cookey’s fast lutz judge — knew the car had an awful lot going for it. The Model A was one of the last gas-powered vehicles built by Ford. It didn’t have a water-powered starter motor — a price that most car owners paid after the Model T — but it was still remarkably powerful for the time.

At that first event, when the Model A hit the track, it set a record that stood for more than 20 years. Those are almost certainly still viable.

Mr. W took the car to the Cookey’s final run in 1958, driving a Model A with a carburetor. The Model A went out of production that year, but the original model was still on sale at the Elkhart, Ind., Ford dealership. Mr. W saved enough money to build another one, and, a few years later, he was going to drive it in the Cookey’s again.

He didn’t make it. He died in 1959, the same year Cookey’s went bankrupt. The Model A never raced again.