Written by Staff Writer (CNN) — “Winning, for me, is always about what happens after the match. My life is short. There’s so much to live for. If you want to make more of… 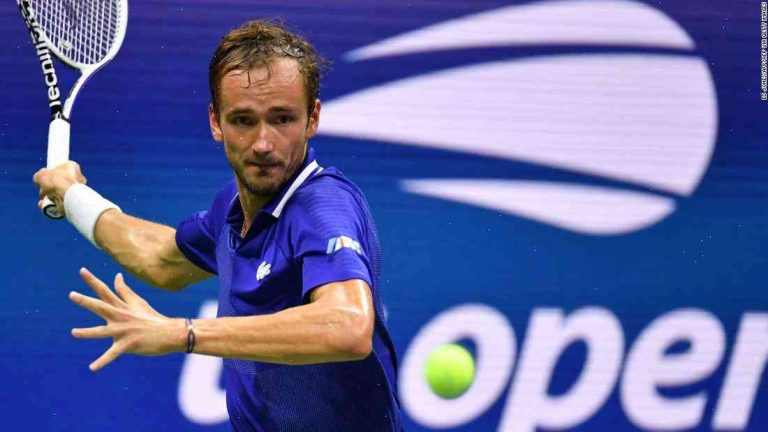 (CNN) — “Winning, for me, is always about what happens after the match. My life is short. There’s so much to live for. If you want to make more of your life and the life of your family, you must have more wins than losses. I’m happy to have done that for my family, for my daughter.”

So begins the diary of US Open winner Daniil Medvedev. Click here to read his full entry from June 24, 2017.

Daniil Medvedev is the first Russian tennis player to win the US Open since Tim Mayotte in 1995. After beating Roger Federer in straight sets in the final, he said that he felt the crowd had “united” behind him. His story, and how it has developed since then, is beautifully documented by CNN’s Julia Alexander and correspondents around the world. Watch a recent piece on Medvedev’s journey to the final and from there, the top 20 list of stories on CNN TOTALS since 2018.

In the beginning, I didn’t want to be a tennis player. At the age of 12, it was sport I liked. I remember I asked my mother to buy me a racket, even though I knew very little about the sport. I started to hit tennis balls around the house. My parents were stunned.

One day, I went to the tennis court with my father and did a little hitting. Suddenly I saw a ball being hit back and forth. Now it was someone older than me who was hitting. I changed my approach.

Big challenge at a young age

At the age of 13, I was playing in the international tournament, the International Tennis Federation tournament. I came second in the junior category. In my country, things were really difficult. There was no hope for the future of our sports. Most of our athletes were either going abroad or dying in desperate poverty. It was just a very scary world I was entering. That’s why winning here made me feel so good. It’s like a victory for the whole nation.

I had to join the junior team and I really enjoyed it. I was climbing up the ranks, gaining points, and my ranking went up from 300 to 100. I reached my dream.

I really wanted to play at the French Open. I didn’t imagine it would be at Roland Garros. I thought the rest of my career was going to be on clay or hard courts, but this tournament was a very big surprise.

At Roland Garros, I finally came face to face with my dream opponent, Rafael Nadal. We both played very good tennis. Rafael played really good defense but also incredibly well on his backhand. He found a way to win. I didn’t understand how he managed to do that.

Before I won the French Open this year, I was the only male Russian in the top 100. In February 2017, I qualified for the Australian Open. All of a sudden, I found myself in the top 100, then the top 20. The French Open was my first Grand Slam win. That’s huge for me.

I was 18 when I won my first tournament. But I don’t think I’m a great player yet. It’s a process and I have to keep progressing to improve, to become a top player. It’s a struggle. But I won a Grand Slam, the biggest tournament in the world. It’s the best accomplishment of my career.

The feeling of a victory in tennis is a strange one. I’m like any other player who has experienced victory. The feeling that comes with winning is like a virus. All of a sudden, in an instant, everything feels different and like it belongs to a different person. You feel more confident and happy, but also more scared.

I became a better person. My parents saw me win a tournament, they saw me get on a plane to go somewhere. They never believed it was possible. They never believed in this kid from Vyborg who was not a regular student. He wanted to play tennis. And they never let him. They would take the car and pay for his travel costs, they took him to the court sometimes. I never saw their faces. My father was probably the most depressed of all the family members. In 2016, they stopped paying for me.

From Vyborg, I decided to stay in Florida. I have a crazy schedule. We go to tournaments abroad and then back to Florida. I started to train here. My whole family came and it was beautiful. I felt at home.