Israeli police questioned the slain attacker who tried to stab an officer at a tourist attraction near Jerusalem’s Old City on Tuesday, and it appeared that the five-year-old girl wounded in the attack was… 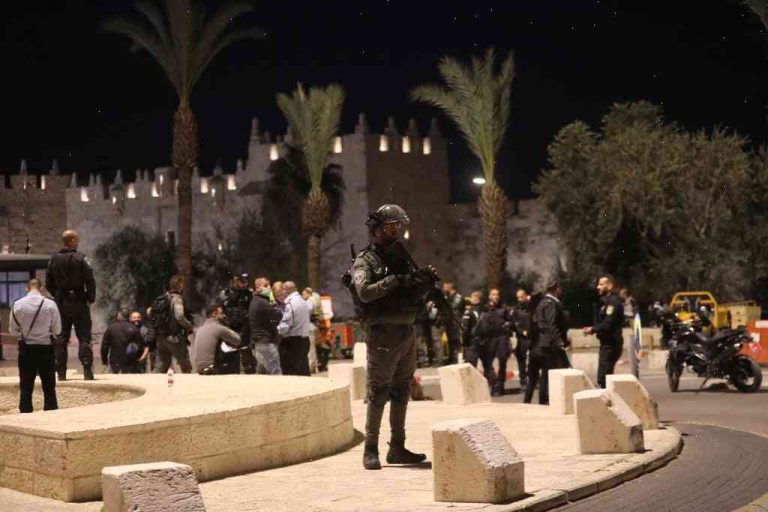 Israeli police questioned the slain attacker who tried to stab an officer at a tourist attraction near Jerusalem’s Old City on Tuesday, and it appeared that the five-year-old girl wounded in the attack was the intended target, Israel’s police chief said.

Police chief Roni Alsheich said the attacker, who was shot dead by police, was dressed in women’s clothing and possibly had a hand-grenade on him.

He said the suspect tried to shoot at at least three police officers and was attempting to stab a child when he was shot dead. He said he assumed the young girl was the attacker’s intended target, as Israel’s Channel 2 quoted Israeli officials as saying that her injuries appeared to be the result of being accidentally struck by a police bullet.

Police spokeswoman Luba Samri said two officers were lightly wounded in the incident and were taken to a hospital. Samri said the wounded girl’s age was unclear.

Israeli forces sealed off the area where the attack took place.

The violence has continued in recent days after a seven-week standstill between Israel and the Palestinians amid a surge in violence.

Speaking to parliament, Israeli Prime Minister Benjamin Netanyahu called for “vigilance” against what he said were attacks carried out by organizations linked to terror organizations in Iran, including Hezbollah, the Lebanese group that has fought Israel’s troops in past conflicts.

Israeli forces closed off parts of the Old City and surrounding Jerusalem after the attack, and the video below shows the aftermath of the shooting in which police say an assailant was shot dead by a soldier.

The Associated Press contributed to this report.