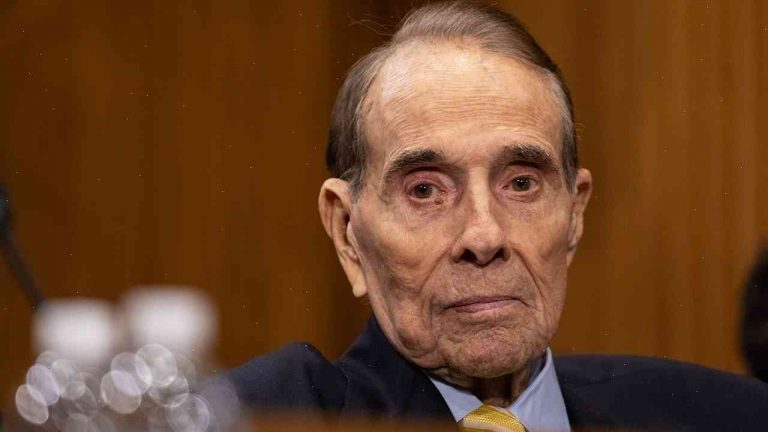 Oleg Fedykh, a spokesman for Senator Bob Dole, confirmed that the World War II hero and former presidential candidate died on Wednesday at his longtime residence in Hays, Kansas.

Mr. Dole, who was 98, battled the effects of Alzheimer’s disease for years and continued to serve in the Senate while dealing with his health issues. He was hospitalized last month after a fall.

Dole served as a senator from Kansas for 36 years.

He was the leading candidate for the Republican nomination for president in 1996, but the Republican Party chose President Bill Clinton over Dole. Mr. Dole also ran as a nominee in 1980 and 1996 for the vice presidency.

A likely GOP candidate for president in 2020, Dole endorsed Senator Lindsey Graham earlier this month in their bid for the Republican nomination.

In an emotional statement after his passing, former president George H.W. Bush described Dole as “his friend for more than five decades.” Mr. Bush later tweeted, “Bob Dole had courage, grace and grit beyond compare. His dedication to our country inspired us all. He was a great patriot, and we’ll miss him dearly.”